An original pin badge from Butlin’s, Pwllheli for the 1966 season.

An original pin badge from Butlin’s, Pwllheli for the 1966 season.

During World War II the Admiralty, who had already taken over his camp at Filey, asked Billy Butlin to construct two new camps; one in North Wales and the other in Scotland. Butlin found 150 acres of farm land on the Llŷn Peninsula in Wales.

In 1946 after the war, Butlin took back ownership of the camp from the admiralty and Butlins Pwllheli was opened to the public after some reconstruction work.

Pwllheli holiday camp contained all the tried and tested Butlins ingredients: the famous Butlins Redcoats, funfair, early morning wake up, dining hall (with the cheers going up when a waitress drops a plate), indoor and outdoor swimming pools, a ballroom, a boating lake, tennis courts, a sports field (for the three legged and egg & spoon races and the donkey derby), table tennis and snooker tables, an amusement arcade, a medical centre, a theatre, arcades of shops, a chairlift system and a miniature railway.

During the 1989 summer season, chalets were damaged by a tornado, and the 3500 guests present had to leave. The estimated £2 million damage was a contributing factor in the later transfer of the camp to the Haven brand.

In 1999 the camp became part of Haven Holidays along with the Heads of Ayr camp as part of an internal reorganisation within The Rank Group who, at the time, owned both Butlins and Haven (both have since been purchased by the owner of British Holidays, Bournķe Leisure, in 2000). Since being taken over by Haven Holidays it was renamed Hafan y Môr (Sea Haven) and the focus of operations was transformed from predominantly chalet accommodation to mostly static caravan accommodation. Most of the attractions were also removed including the chairlift, miniature railway, roller coaster and funfair. 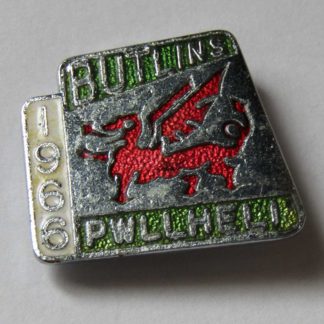