An original pin badge from Butlin’s, Brighton for the 1960 season.

An original pin badge from Butlin’s, Brighton for the 1960 season.

Grand Ocean was designed by architect RWH Jones with the classic moderne styling of the age, it opened as a luxury hotel in 1938.

During the Second World War, the building was taken over by the fire service and used as a fire service college. It was then bought by Billy Butlin in 1953 and became a Butlin’s Holiday camp. In 2005 a theatrical production, Dirty Wonderland, was staged in the former hotel. 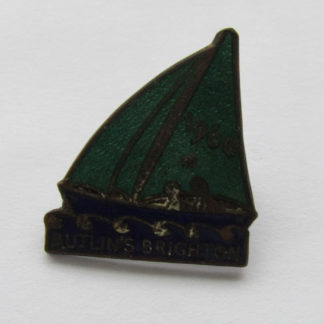