1986 – Jack and the Beanstalk – Wimbledon Theatre

The poster is in great condition for its age and has previously been stored folded.

The New Wimbledon Theatre is situated on The Broadway, Wimbledon, London, in the London Borough of Merton. It is a Grade II listed Edwardian theatre built by the theatre lover and entrepreneur, J B Mulholland.

Built on the site of a large house with spacious grounds, the theatre was designed by Cecil Aubrey Massey and Roy Young (possibly following a 1908 design by Frank H Jones). It seems to have been the only British theatre to have included a Victorian-style Turkish bath in the basement. The theatre opened on 26 December 1910 with the pantomime Jack and Jill.

The theatre was very popular between the wars, with Gracie Fields, Sybil Thorndike, Ivor Novello, Markova and Noël Coward all performing there. Lionel Bart’s Oliver! received its world premiere at the theatre in 1960 before transferring to the West End’s New Theatre. The theatre also hosted the world premiere of Half A Sixpence starring Tommy Steele in 1963 prior to the West End.

With several refurbishments, most notably in 1991 and 1998, the theatre retains its baroque and Adamesque internal features. The golden statue atop the dome is Laetitia, the Roman Goddess of Gaiety (although many refer to her as the theatre’s “angel”) and was an original fixture back in 1910. Laetitia is holding a laurel crown as a symbol of celebration. The statue was removed in World War II as it was thought to be a direction finding device for German bombers, and replaced in 1991.

The theatre is close to Wimbledon rail, tube and tramlink station, and a short walk from South Wimbledon tube station. 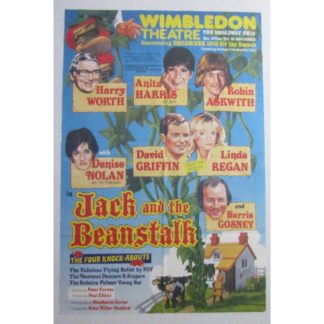