Metal finish with the makers details on the reverse.

Metal finish with the makers details on the reverse.

Butlins (also Butlin’s) is a chain of large holiday camps in the United Kingdom. Butlins was founded by Billy Butlin to provide affordable holidays for ordinary British families.

Between 1936 and 1966, ten camps were built, including one in Ireland and one in the Bahamas. In the 1970s and 1980s, Butlins also operated numerous large hotels, including one in Spain, a number of smaller holiday parks in England and France, and a revolving restaurant in the Post Office Tower in London.

Tough competition from overseas package holiday operators, rising operational costs, and rapidly changing demand, forced many of the Butlins operations to close in the 1980s and 1990s. Three of the original camps remain open under the Butlins brand in Bognor Regis, Minehead, and Skegness. They are now owned and run by Butlins Skyline Ltd, a subsidiary company of Bourne Leisure Ltd, which also operates other leisure brands in the British Isles, including Warner Leisure Hotels and Haven Holidays.

Butlins runs a variety of “family fun activities” and entertainments, many of which are included in the price of a holiday. Redcoats provide entertainment, organise activities, and act as hosts. 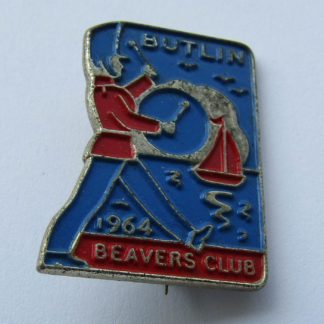