This is an original edition of the popular Star Trek magazine series from 15th December 1990.

This is an original edition of the popular Star Trek magazine series from 15th December 1990.

Be the first to review “15th December 1990 – Star Trek, The Next Generation” Cancel reply 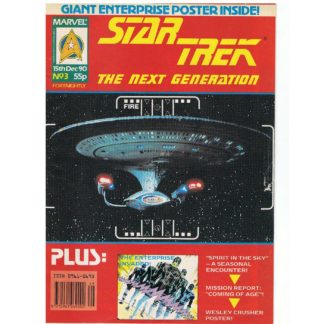