Based on the popular science fiction TV series Blake’s 7, Blake’s 7: A Marvel Monthly was published by Marvel UK from October 1981 to August 1983.

An original copy of Blake’s 7 magazine from October 1981.

In good condition with wear commensurate with age.

It was a black and white magazine in the same style as Doctor Who Magazine, with features on the TV show plus a comic strip featuring the lineup from the fourth and last series. 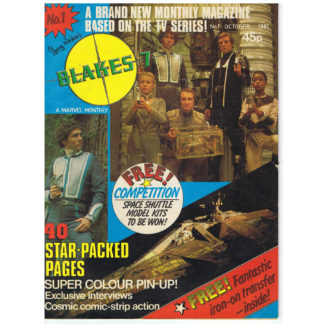