An original pin badge from Butlin’s, Ireland for the 1961 season.

An original pin badge from Butlin’s, Ireland for the 1961 season.

Mosney was the first Butlin’s camp outside the UK. In most ways Mosney was identical to Butlin’s existing successful camps, but in Ireland this was something seen to be feared, rather than embraced. A number of complaints appeared in the Catholic Standard, warning that holiday camps were an English idea that was not desirable in Catholic Ireland. Like the other camps, Mosney was designed to have a church and reassurances were given that it would be a Catholic chapel with a resident priest. Reassurances were also given that Irish nationals would have priority over British tourists in booking holidays.

It was registered on May 17, 1947, and in July 1948, the camp was finally opened by William Norton, who was the Minister for Social Welfare, and it operated successfully as a Butlin’s camp until the early 1980s.

In 1982, Butlin’s sold the camp, which was renamed Mosney Holiday Centre. The camp continued without substantive changes. Every year more than 6,000 children from around the country travelled to Mosney to take part in the Community Games, held in Mosney for 25 years. Mosney was the only location in Ireland that had the required 2,500 beds. Each June, the Lions Club took over the centre and provided holidays for 1,200 local people. The last season for Mosney was 2000. Dwindling visitor numbers and problems finding staff for the short 12-week season eventually led to the camp’s closure.

In December 2000, a five-year deal was signed with the government to turn Mosney into an asylum seeker accommodation centre. Mosney is now home to around 600 asylum seekers from over 20 different countries. Most of the old attractions have been mothballed, but recreation facilities still included a football arena, table tennis and a supervised play area. There is a 2007 documentary called “Seaview” featuring interviews with asylum seekers and staff from the camp.

The deal to use the camp has been renewed periodically since 2005, with a fluctuating contracted capacity. 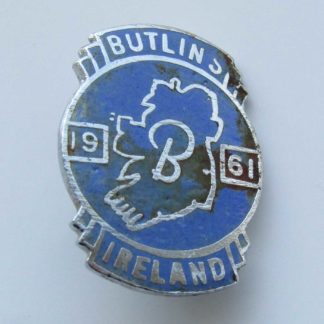