Many Viz characters have featured in long-running strips, becoming well known in their own right, including spin-off cartoons.

Characters often have rhyming or humorous taglines, such as Roger Mellie, the Man on the Telly; Nobby’s Piles; Johnny Fartpants; Buster Gonad; Sid the Sexist; Sweary Mary or Finbarr Saunders and his Double Entendres.

Be the first to review “February 2007 – Viz” Cancel reply 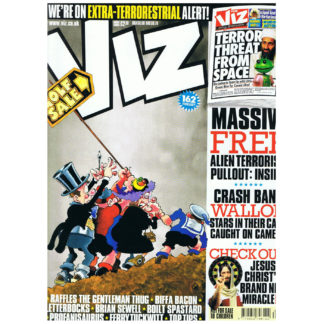