The Gramophone magazine from September 1954.

The Gramophone magazine from September 1954.

Be the first to review “September 1954 – The Gramophone” Cancel reply 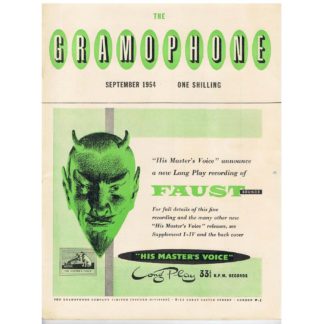