Jackie was a weekly British magazine for girls. The magazine was published by D. C. Thomson & Co. Ltd of Dundee from 11 January 1964 until its closure on 3 July 1993.

The name was chosen from a list of girls’ names, although it was nearly dropped due to the association with Jackie Kennedy following her husband’s assassination in 1963. An urban legend exists that it was named after Jacqueline Wilson who worked there at the time before she became a notable children’s author. 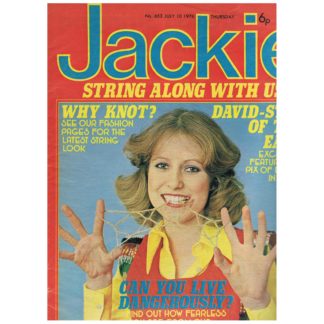