View basket “8th December 1984 – Goodliffe’s Abracadabra” has been added to your basket. 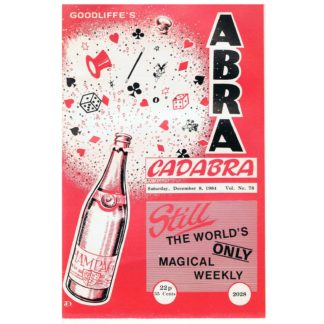