Everton Football Club is a football club in Liverpool, England, that competes in the Premier League, the top flight of English football.

The club has competed in the top division for a record 114 seasons, missing the top division only four times (1930–31 and three consecutive seasons starting with 1951–52) since The Football League was created in 1888. 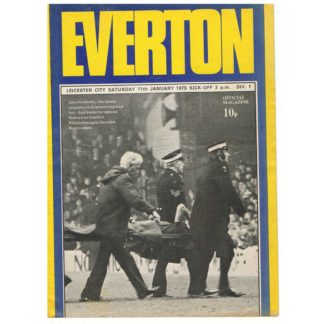