The Oxford Cheetahs were a British speedway team based at Oxford Stadium, in Oxford, England.

More about Oxford Cheetahs at Wikipedia.. 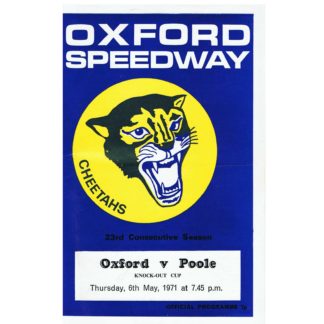