Its most popular strip was Roy of the Rovers, a football-based strip recounting the life of Roy Race and the team he played for, Melchester Rovers. This strip proved so successful it was spun out of Tiger and into its own comic 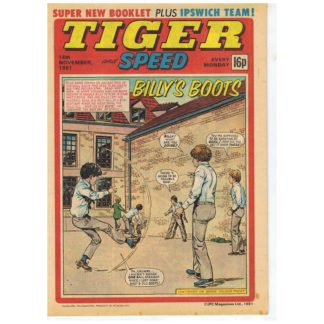