A team representing Colwyn Bay played its first match in January 1881 and competed in the North Wales Coast Football League from 1901 until that competition folded in 1921 when the majority of clubs joined the Welsh National League.

The Bay enjoyed some success in this, winning the League Cup in 1928 and finishing as league runners-up in both 1928 and 1930 – which was to prove the last season for the competition. 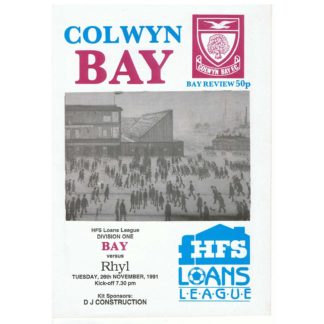