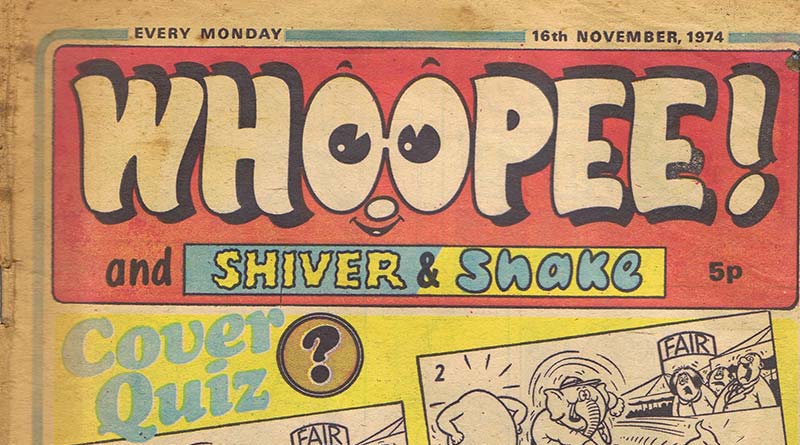 Whoopee! was a British comic book magazine that ran from (issues dates) 9 March 1974 to 30 March 1985, when it merged with Whizzer and Chips.

It was published by IPC Magazines Ltd and ran for 572 issues.

Shiver and Shake merged with Whoopee! shortly after its launch in 1974, followed by Cheeky in 1980 and Wow! in 1983. Whoopee! annuals continued to appear well into the late 1980s, and a Best of Whoopee! monthly reprints comic was published for a few years in the early 1990s.

Find your memorable comic at Very Collectable – here’s one from our extensive collection of comics;