An original pin badge from Butlin’s, Filey for the 1961 season.

The camp was served by its own railway branch and station (Filey Holiday Camp railway station) from 1947 to 1977. The camp closed in 1983.

Filey Holiday Camp was being built for Billy Butlin in 1939. The outbreak of the Second World War led to an arrangement with the War Ministry where the ministry financed the camp’s completion, using it as housing for military personnel as RAF Hunmanby Moor.

Butlin reclaimed the base in 1945. A branch off the Hull Scarborough railway line was built in 1945, and formally opened in 1947.[1] The line had its own terminal station Filey Holiday Camp railway station.

A miniature railway was installed at the camp in around 1953.

At its peak the camp accommodated 11,000 visitors, with 175,000 visitors in total in the 1975 season. The railway branch became less used by visitors from the 1960s due to the rise of car ownership, and closure was proposed in 1972, after which Bultins funded the cost of the line. The line closed in 1977.

The Butlins holiday camp closed in 1983. The site briefly re-opened as Amtree Park in 1986. 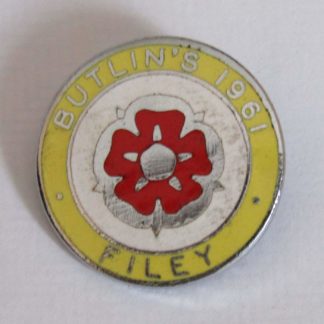