An original pin badge from Butlin’s, Bogner for the 1962 season.

An original pin badge from Butlin’s, Bogner for the 1962 season.

In late 1959, Butlin was looking to open another camp in the town and reached a deal with Bognor Regis town council to purchase a 39-acre  site at the east end of the promenade. The agreement was met with local opposition (as some of his previous camps had), so Butlin ran an advert in the local press advising that he would remove his “unsightly” fun fairs from the middle of the promenade, if he was allowed to move them to his new site. Further to this, he commented that he would be willing to spend more on advertising the town than any of the local hoteliers had.

Many local residents disliked the new camp, despite Butlin having created some 500 local jobs during the construction period. There were complaints that the site bore a resemblance to a prison, and that the town would have been better off if the site had been used for new housing.

During construction, one of the works that was required was the straightening of a stream known as the Aldingbourne Rife which formed a U shape onto the proposed site.

However, due to a particularly wet winter, the river burst its banks and flooded the site, leaving it deep in mud. As well as the poor underfoot conditions, Butlin developed gout, which hindered his mobility.

Those who worked on the site recalled vehicles becoming stuck due to the conditions, and mattresses in their plastic wrappings being used to form walkways throughout the camp.

On 2 July 1960, Billy Butlin opened his new holiday camp at Bognor. The cost of construction was £2.5 million and due to the flooding the camp was not ready on its opening date. Butlin offered his patrons the chance to be re-sited at the Clacton camp instead; however, a number of guests opted to stay and help; those who did received a free bottle of Champagne as a reward. Once opened, the camp became popular, accommodating around 5,000 campers and another 5,000 day visitors.

At its peak, the camp saw 6,000 guests moving in every Saturday whilst the last 6,000 left the same day. The camp had 1,300 staff to look after the needs of the guests, including the famous Redcoats.

When the camp opened, all guests were catered on either full or half board basis; however, in 1968 Butlin handed running of the company to his son Bobby Butlin, who introduced self-catering accommodation as a means to reduce labour costs.

Butlin’s Bognor was refurbished through the 1980s. In 1987, the camp was renamed Southcoast World following a £16.5 million spend on new and updated accommodation, the addition of a new indoor water complex and a new miniature steam railway.

In 1998, as one of Butlin’s three remaining locations, Bognor again underwent major refurbishment. The Southcoast World identity was dropped, and £45 million was invested in redevelopment. A Skyline Pavilion was added to the resort, providing a huge undercover area for year-round, weather-protected facilities.

The Skyline Pavilion contained new shops, bars, restaurants and entertainment areas. The refurbishment also included further updates to the chalet accommodation, a redesign for the Redcoat uniform and the provision of a resort police constable to improve security. The camp was relaunched by pop star Ronan Keating in May 1999.

At the same time, the company dropped its use of the possessive apostrophe, changing from Butlin’s to Butlins; after the refurbishment, the resort was renamed as Butlins Resort Bognor Regis, as it remains to date. 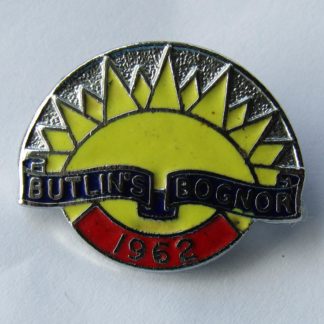