The magazine is in reasonable condition commensurate with age.

The magazine is in reasonable condition commensurate with age.

The War Illustrated was a British war magazine published in London by William Berry and first released on 22 August 1914, eighteen days after the UK declared war on Germany. 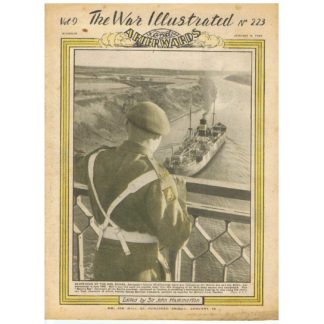