An original vintage edition of T.V Fun for the week dated 22nd to 28th November 1958. 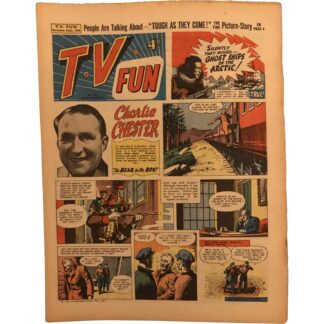